- v tomto týdnu by měli představit blíže mechanismy hry
"we'll be doing a more in-depth exploration of our core systems in the coming week. What it has in common with KDM is the square-spaced board, the 4v1 combat and the Primordial being driven by an AI card system. It diverges sharply with the Triskelion system of Rage/Danger/Fate stats, the escalating nature of combat through Rage buildup and kratos abilities and recieving 'damage' (there is no damage in AT:O, only Trauma cards)."¨

- chtějí se soustředit na core a případné addony by byly v další vlně, což psali dříve
"We’re not really talking about expansions and add-ons yet, we’d like to focus on the core game first and foremost. However, any game extensions we do will be substantial and comprehensive, introducing new ideas, stories, enemies and mechanics. "

- info k appce:
"We're going to have an optional app, which will include background music and some narration. We hope with your support we might upgrade it to fully-voiced."

Q:Looks amazing would love to see some game play videos and more info about solo mode and prices to. I also Wonder why it is limited to four players? Would really like to see more board games support more players since we usually play with six or more players in my group
A: Thank you! We’ll have the component breakdown, videos and price closer to release date! The number of players is tied to the number of Titans in battle, they’re optimized for 4 vs Primordial. However, the Argo has combat capabilities during battles and outside of battles you could have more players going on adventures, strategizing and so on.

Q:Regarding the exploration map: Cards would be one solution, another could be to have a sleek, nice looking tray which sits on the table and you build your map directly on. Then once it gets time to pack up the game you just pop a lid on and put the whole tray in the box. With the right design on the tray you could make sure that the tiles wouldn’t be able to move around.
A: The ICP is our own novel concept that transcends ATO, it’s a philosophy of game design we’re using; you won’t see it mentioned a lot in the rules and games besides that general point. The Triskelion governs how Titans get stronger through hardships, wounds and being close to death, but there is a whole other side of this dealing with the Primordial. The Primordials don’t use a Triskelion, but they very much power up during play and outside of it!

Map - we’re really open to suggestions, this draft and the whole KS campaign is a dialogue with backers, so things such as this are not written in stone. There are many legitimate arguments for going with cardstock ‘tiles’. The insert ‘map tray’ idea is a really interesting one, we’d have to check if all the map shapes would fit that way.

Q: I love that you're going the save rote from 7th continent, it worked really well for me.
And on the subject of the map - while i understand some people desire for more compact cards, i love the tiles because it nicely feeds into the greek theme, making the map look like a mosaic.
A: The Map is stylized to look more like an actual map, so going card wouldn’t necessarily negate that feel.

Dotaz na EB: We’re going more the route of AR with our ‘early bird’, so no ‘blink and you’ll miss it’ content. As for the campaign flow, we’ll be doing daily unlocks, stretch goals and some fun activities, just like we did with the Bingo during the Eschaton campaign last year.

Videa při startu: Absolutely! We’ll have gameplay videos of each type of gameplay (Battles, Adventures, Voyaging), some in-house and others from several reviewers! The Hekaton, thought I see your point, is based on the Greek Hecatoncheires, the hundred-handed giants :D

Mapa, setup, soubojový systém: Thank you for taking the time to leave such an in-depth comment! The Maps seem to be a hot topic and we hear a lot of you would prefer thinner components, so we will lean that way. From our tests, the setup/teardown is nothing compared to something like Gloomhaven; the Map save system is pretty robust and there are times when the Map ‘resets’ completely, so the sprawl has a definite, manageable end.

For us, those last two points you make are intertwined. The combat system is one of those unique points. Both Gloomhaven and KDM (and Descent, and Sob, and...) offer you a ‘standard combat paradigm’. You start a fight with the most gameplay options and over time, when your character/s are nearing death, those options dwindle. This can make for snowball-y combat. AT:O offers you the opposite, a world of rising stakes, where each hit may spell your death, but will also unlock more of your potential. This idea is also true for the Primordials.

But you are right that we could refine our message to make it more clear and that’s what this KS draft is for!

Set in an alternate Antiquity, where a reality-shattering cataclysm killed the Olympian gods and unleashed the otherworldly Primordials, Aeon Trespass: Odyssey places the players in the roles of Argonauts, the only people who can fight off the darkenss and make things right.

Take control of the Argo and its crew, train them and send them on adventures into the dangerous and mysterious lands of Ancient Greece (and beyond...). Learn the world's secrets and create new technologies that will give you an edge in combat - and outside of it. Manage your resources and develop your base of operations. Build new Facilities, craft new Weapons and equipment. Gather allies and forge political alliances with the world’s factions. And, most important of all, tame the Titans, arm them, evolve them and ride them to battle with the kaiju-like Primordials.

You win by defeating the main villains or solving a crisis, you lose if your Argonauts die, your crew abandons you, your ship gets destroyed, the villains fulfill their plot or time runs out. There are many ways to lose, but only a handful paths to victory.

During Battles, 1 to 4 players must cooperate to defeat 1 giant Primordial boss-type monster controlled by a sophisticated AI system.

Outside of Battles, Aeon Trespass: Odyssey uses choice chain and choice matrix mechanics to track your decisions throughout the game. Those decisions matter and will have a drastic impact on all future play sessions, campaigns and playthroughs.

Miniatury:
The models are in 35mm scale, the smallest Titan is around 40mm, while the largest models are 140+mm. The board is roughly 600x800,

Videa:
We'll have our own videos and videos from reviewers!

Postupně mají draft doplňovat:
This is just a draft page, we'll be slowly revealing all the gameplay elements through articles and videos!

Hlavně doufám, že tam dají od začátku nějaký pořádný gameplay ať jsme v obraze, co to vlastně obnáší (snad si dají záležet víc než CMON s Trudvangem :-)
KDM jsem nikdy nehrál, ale v diskuzích bylo tohle:
"KDM was an inspiration for sure. The argo is kind of like the village, and the titans are kind of like villiagers, and battles, though they actually play differently, are against boss monsters. You're not constantly repeating those monsters though to grind a lot and there's a lot more story and RPG stuff in this one."
Zvlášť ta poslední věta mě zaujala... 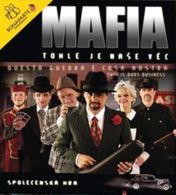